Most people are getting used to the idea of video surveillance cameras watching what we do in stores, at work, and even at traffic lights. It's no surprise, then, that home security cameras are becoming an increasingly popular way for homeowners to keep tabs on their property. Whether you want to make sure that your children are safe with their babysitter, or you want to deter intruders from entering your home, security cameras are an excellent addition to the other safety precautions you take for your family.

Most video security systems consist of several cameras. They can be concealed in many places, including smoke detectors, telephones, and even in the frames of artwork hanging on the wall. These security cameras are generally used to monitor activity inside the home. Some outdoor systems leave one or two cameras exposed as a deterrent, while the other cameras capture happenings in other areas. These cameras can be connected to a VCR or DVR so you can review footage at your leisure.

It is also possible to have remote monitoring, allowing someone with the proper equipment installed on their personal computer to look in on a video surveillance system at another location. This is a feature offered to parents at a growing number of daycare centers, and is becoming increasingly popular for parents who want to check on their older kids who are home alone after school, etc.

Some surveillance cameras are designed to record sound as well as video, while others record only images. While signs warning consumers that they are being filmed and recorded must be posted on the doors in all public places that use audio and video systems, there are no such requirements in private homes. 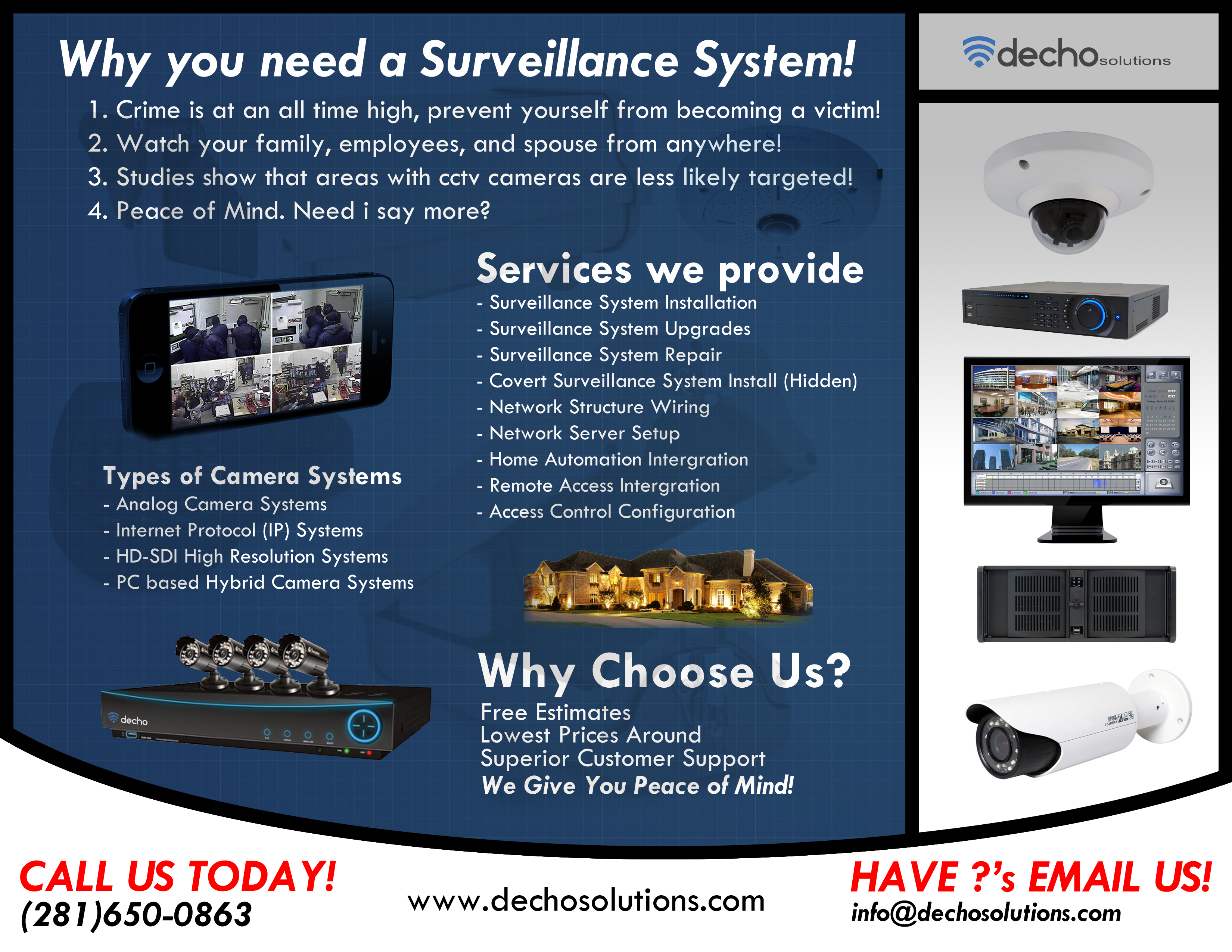